Knickerbocker Place: A street that time passed by

Reproduced by permission of The Kansas City Star

Knickerbocker Place is a street located one block north of Valentine Road between Broadway Boulevard and Pennsylvania Avenue. The Knickerbocker Apartments, now boarded up, were once exclusive residences and “a highly desirable address.”

This article was published in the May 24, 1981 edition of Star Magazine. Writer Lenore Bradley describes the street as “an island of serenity with a well-bred unity.” It was a private street until 1944. The apartment complex used to cover both sides of the street.

Kansas City Life Insurance Co. has its headquarters directly north of the street. They bought the apartments in 1966 and took over managing them. The north side was torn down for expansion of their headquarters in 1982. The south side was closed for repairs and restoration in 2002 but it never re-opened. It was added to the National Register of Historic Places in 2003.

Gallery: Click on thumbnail to view full-sized image. Previous and Next buttons are below that image. 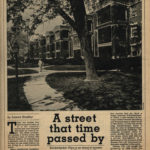 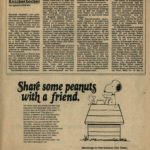 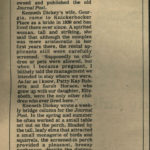