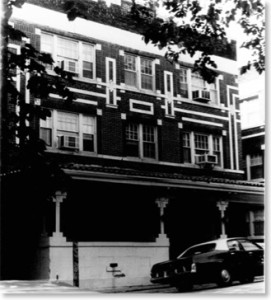 The Little Ambassadors were remodeled in the 1950’s and most of the original decor was removed. They were turned into studio apartments. The buildings deteriorated and invited criminal activity. In 2011, the City of Kansas City declared the two properties to be dangerous buildings. Kansas City Life purchased the buildings and demolished them in early 2012.